Pancakes (or crepes to the rest of the world) are an integral part of South African culture, particularly famous for being sold at church bazaars or farmer’s markets where they come wrapped in wax paper on a paper plate and so steaming-hot that they blister your fingers and melt the cinnamon sugar sprinkled inside. 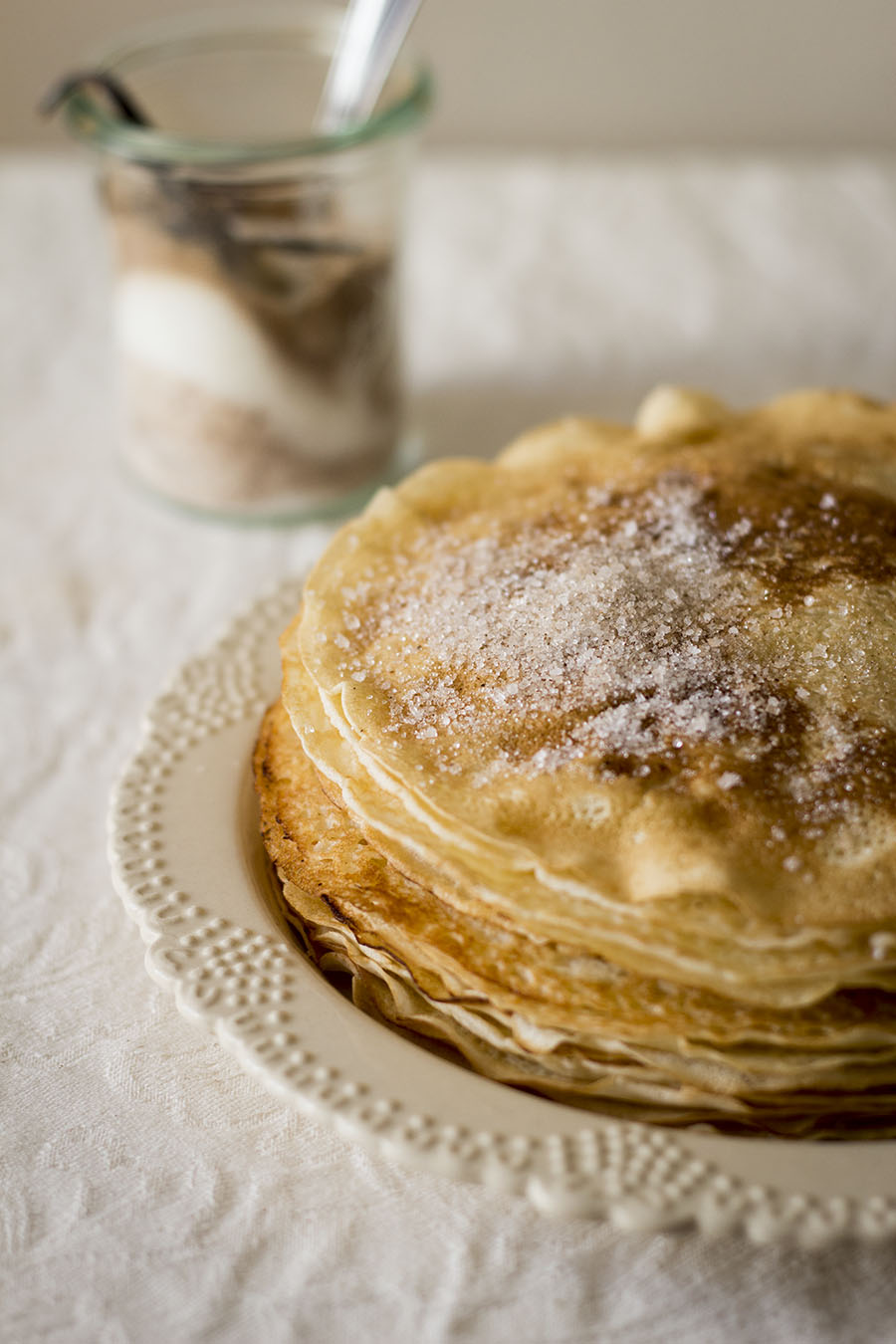 It was this traditional sprinkling that gave me the idea to stuff the pancakes with another South African favourite; milk tart. This recipe contains an almost deconstructed milk tart filling; creamy cinnamon-spiked custard and a crunchy, crispy, spicy crumble. Pancakes and milk tart were just meant to be combined and so, I give you, the South African double dessert!

Place the flour and salt in a mixing bowl. Whisk the eggs and milk and whisk into the dry ingredients with the butter or oil. Cover and refrigerate for 2 hours. Heat a non-stick pan and ladle a small amount of batter into the pan. Swirl the pan around to evenly coat it with batter. When the edges begin to lift, flip over and cook the other side until brown. To make the filling, heat half the milk with the cinnamon stick until just below boiling point then set aside to infuse. Whisk the remaining cold milk with the flour, sugar and ground cinnamon to form a smooth paste then whisk in the hot milk. Cook over a medium heat until thick and the flour is cooked out. Flavour with vanilla and remove the cinnamon stick. Set aside (cover the surface with clingwrap to prevent a skin forming). Make the crumbles by combining the flour, cinnamon and sugar and rubbing in the butter to form large crumbs. Spread on a baking tray and bake in a preheated oven at 180C for 15-20 minutes, stirring every now and then until golden and crisp. Allow to cool. Serve the pancakes spread with the milk tart filling, a sprinkling of cinnamon sugar and the crumbles. 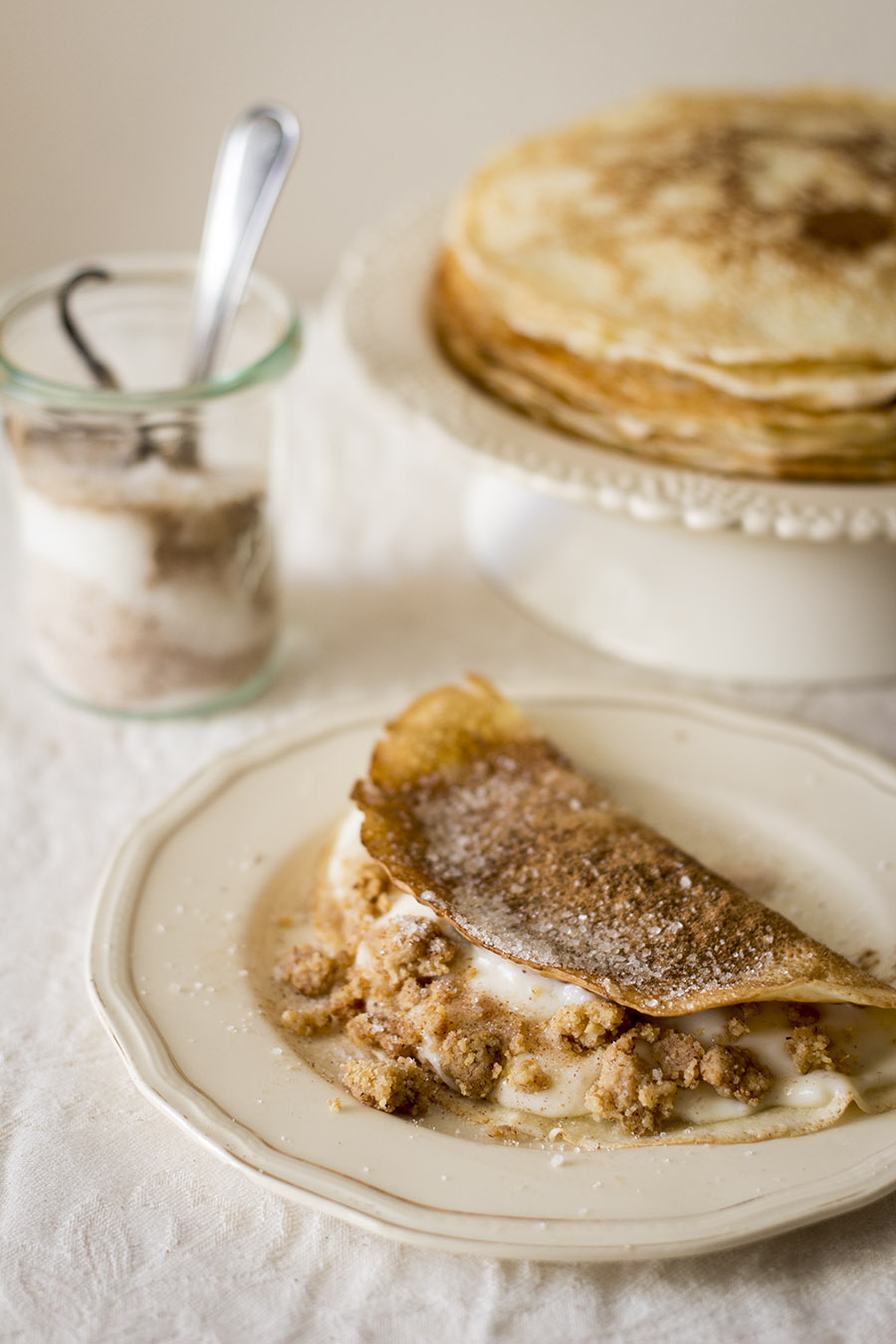