It seems every nation has their own version of a custard tart – the Portuguese have pasteis de nata, the British have their vanilla custard tarts, Italians their ‘torta di nonna’ and our South African milk tart sort of falls somewhere in the middle with it’s cinnamon topping. No matter what part of the world you’re from, it seems we’re all unanimously in love with the combination of a creamy egg custard and a crisp pastry base. 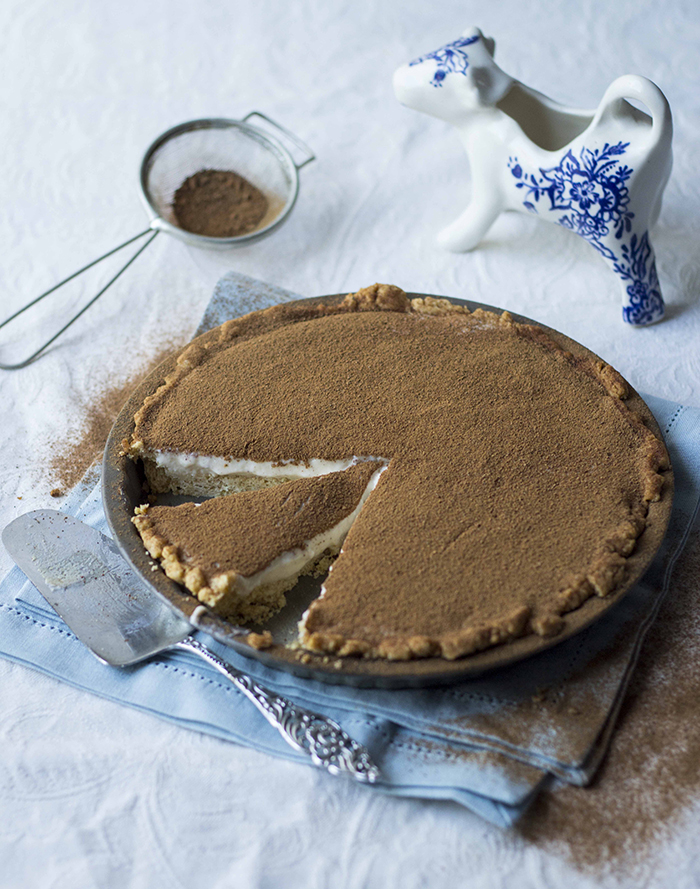 With heritage in mind, I knew there was only one place to go for a proper milk tart recipe in honour of National Milk Tart Day which is today! So I dug out my Great Aunt May’s tattered recipe book (I’ve written about her before). There, right in the very front, was our family recipe for milk tart. There are no notes on where it came from, but I found the same recipe scribbled in the margins of my grandmothers book so I know it’s a family favourite! 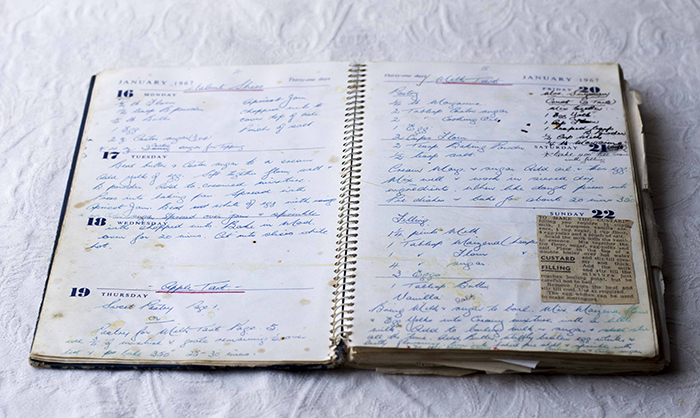 The pastry is an interesting one – it contains oil, which is a little odd for me, but ensures a ridiculously crumbly pastry. From her other recipes, I can tell Great Aunt May loved a good shortcut, and this one is no exception. This pastry? It doesn’t need to be blind baked! Yes, you read correctly. Can I get a hallelujah on that?! ‘Cos if you’ve ever had to fuss with beans and baking paper and all that nonsense, you’ll be rejoicing with me now! 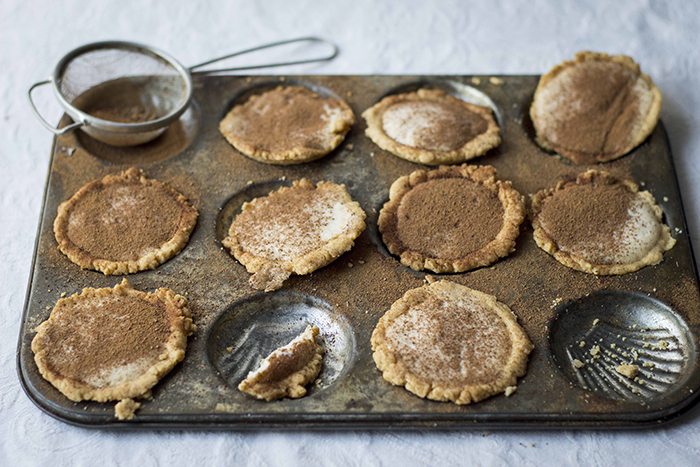 The filling is lusciously velvety with just the slightest quiver – I prefer my milk tart a bit softer than most so if you like yours more set, then just increase the cornstarch. This recipe also makes the sweetest little mini milk tarts – I made these using an old-fashioned madeleine tin which belonged to my grandmother. It seemed totally appropriate for the occasion. 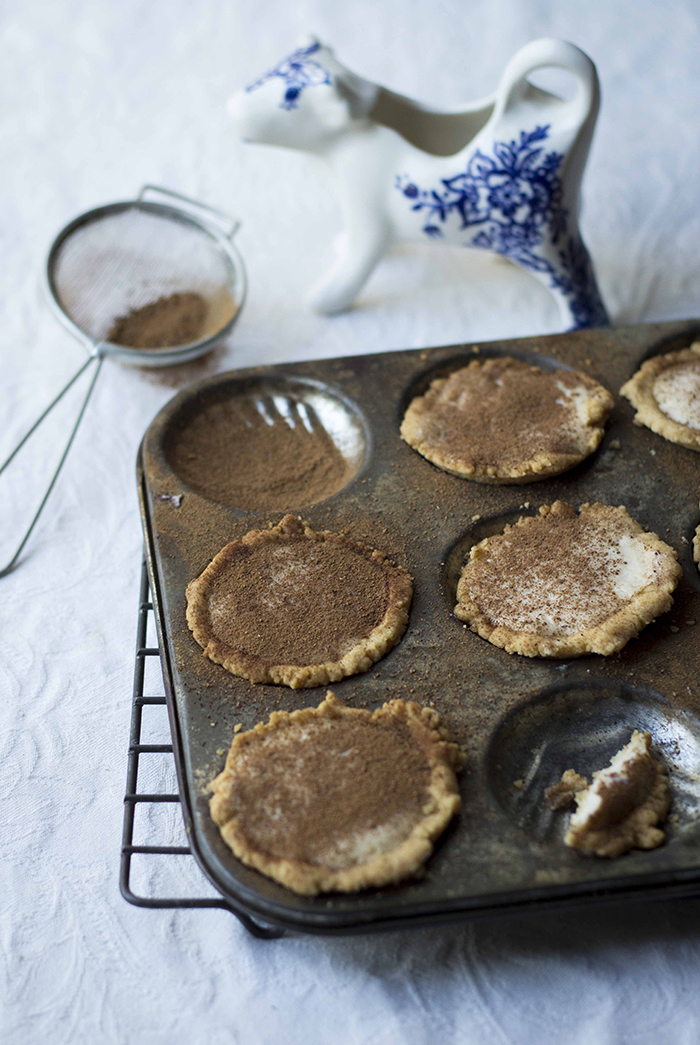 Recipe by Great Aunty May

Cream the butter and castor sugar until light and fluffy. Add the oil and egg and beat well. Mix in the flour, baking powder and salt to form a soft pastry. Press a thin layer of the pastry into a greased standard pie dish. Prick the bottom and bake at 180C for 20-25 minutes or until golden brown. Allow to cool. For the filling, bring the milk to a boil (I added a cinnamon stick and bay leaf to mine). In the meantime, whisk together the cornstarch, flour, sugar, egg yolks, vanilla and cinnamon and a little of the milk to make a creamy paste. Pour the hot milk over the paste, whisking continuously then return to the heat and cook until thickened. Whisk the egg whites until stiff then whisk into the still-warm filling. Pour the mixture into the baked tart case and sprinkle with extra cinnamon.