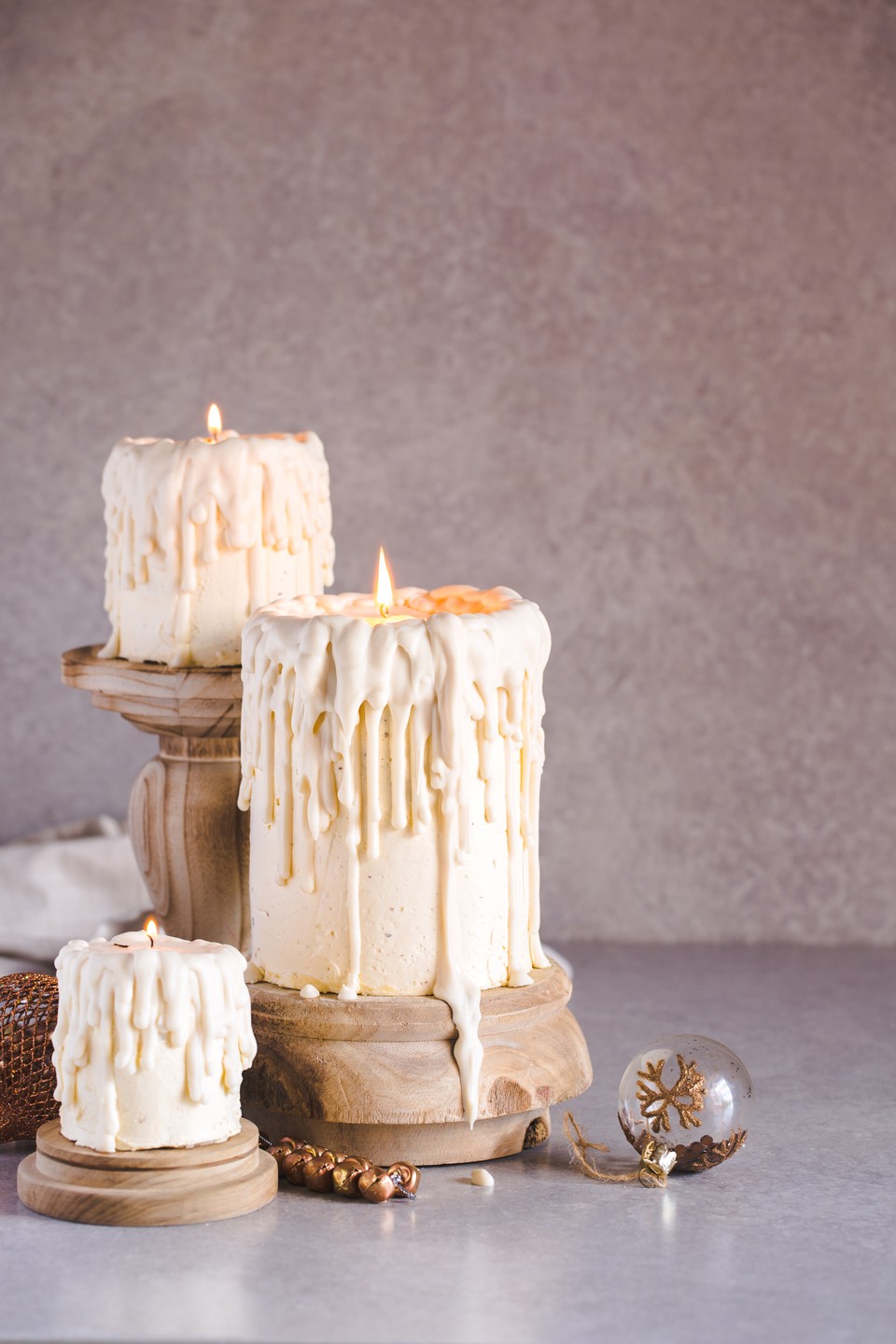 Two weeks ago I posted these white chocolate candle cakes on my Instagram page and within hours it went viral! Which is not surprising because it was beautiful enough to grace the cover of the December issue of Food & Home Entertaining Magazine. It really is a beauty and I had so much fun making (and shooting) it – and I know you will too! Imagine putting this on the Christmas table as decor.  Then, when it’s time for dessert, whip out the matches, light the candle cakes and watch your guests faces as you slice the candles for pudding! I do love a dessert that doubles as a centrepiece – check out this one or this one! 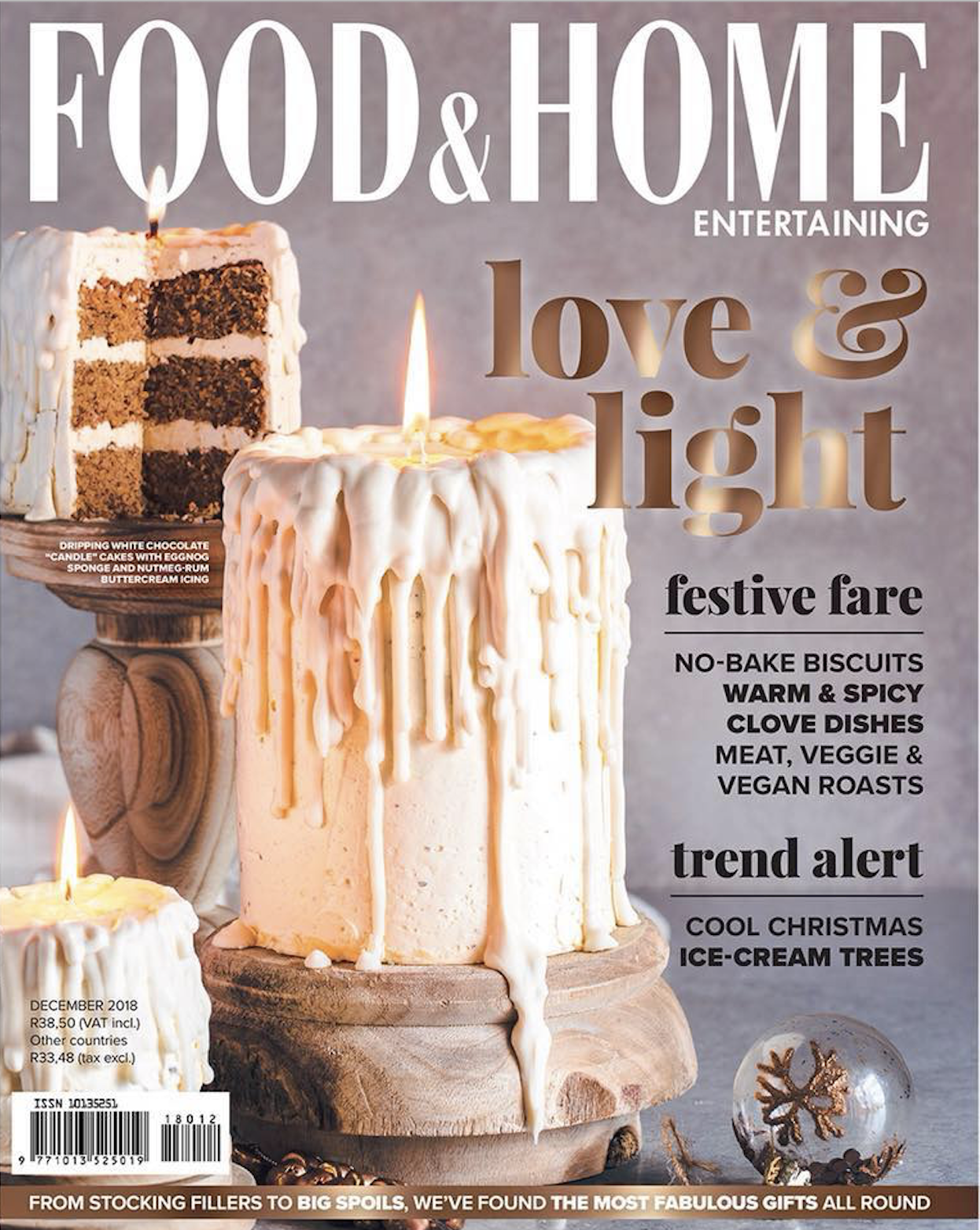 The sponge cake itself is super light – so take care when folding and sifting so you keep as much air as possible in it! The sponge is infused with cinnamon and other spices which are echoed in the nutmeg Swiss Meringue Buttercream. If you can, try get the whole nutmeg and grate it into the buttercream. The freshly grated nutmeg really makes it. Oh, and how could I forget the rum. There’s lots of rum! It’s Christmas, afterall. To make the ‘wax drip’ I simply melted my own baking white chocolate (did you know I launched my own range of chocolates?!)  and piped it down the cake. Click HERE if you want to buy The Kate Tin White Baking Chocolate.

If you’re wondering what cake tins I used, I opted for a 15cm (my favourite size which you can get here) for the large candle and created 4 layers to make it nice and tall. For the smaller candles, I simply used tins! The larger tin was from some canned fruit I had lying around and the smaller tin was a bog standard tin of tomatoes. Tin cans make really great cake tins – just be sure to grease them thoroughly. So now you’ve saved the environment AND you get to eat cake. Boom! 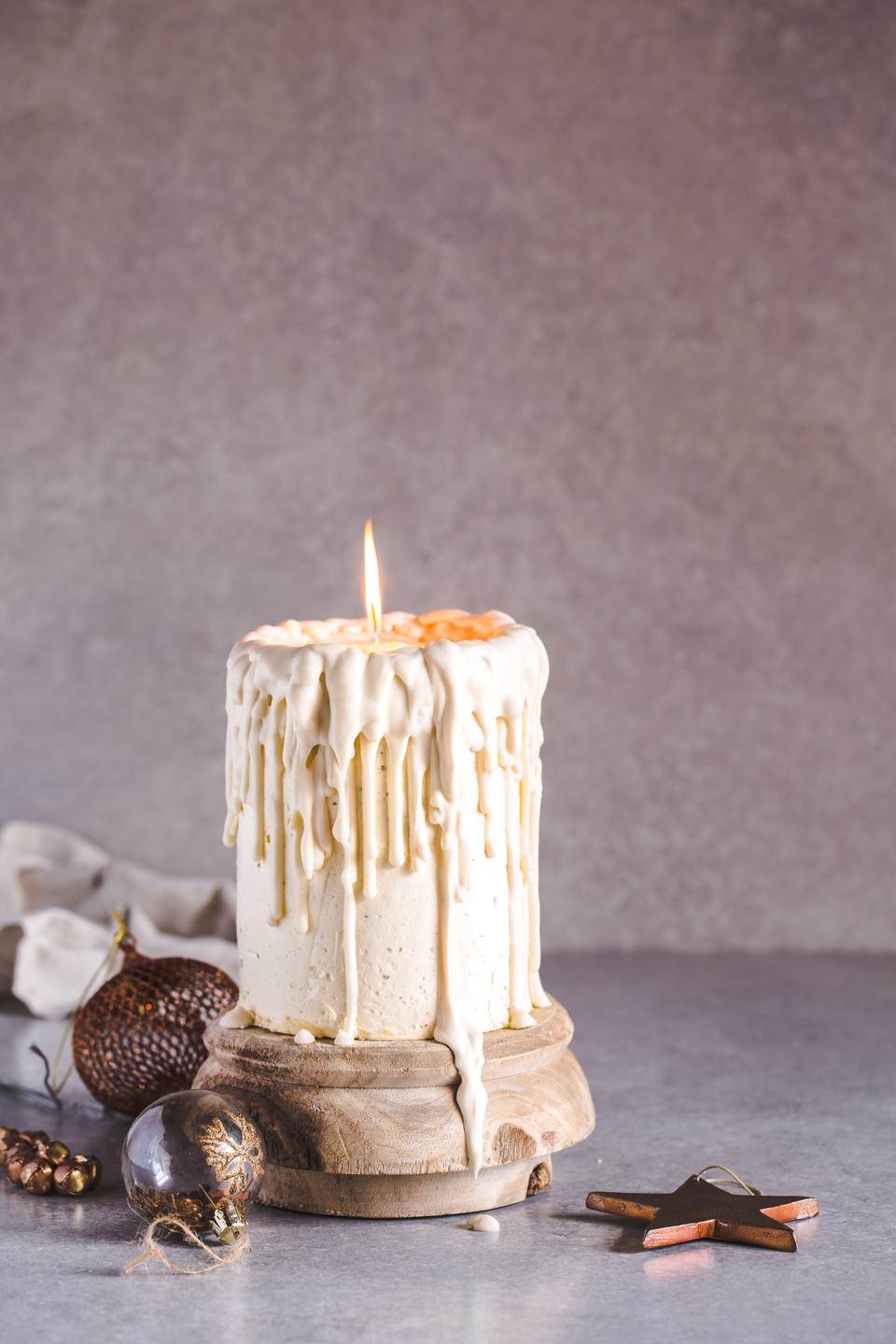 Note: this recipe makes the 3 candles above – if you want to make just one candle, half the recipe below. 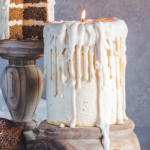