Vanilla Beans: All You Need to Know

I like to think of vanilla as the LBD (little black dress) of baking. It’s a simple, but powerful necessity that is as versatile as it is striking – when you know how to use it, of course. While vanilla is used in just about everything, most of us know very little about this mysterious bean – it’s time that changed! 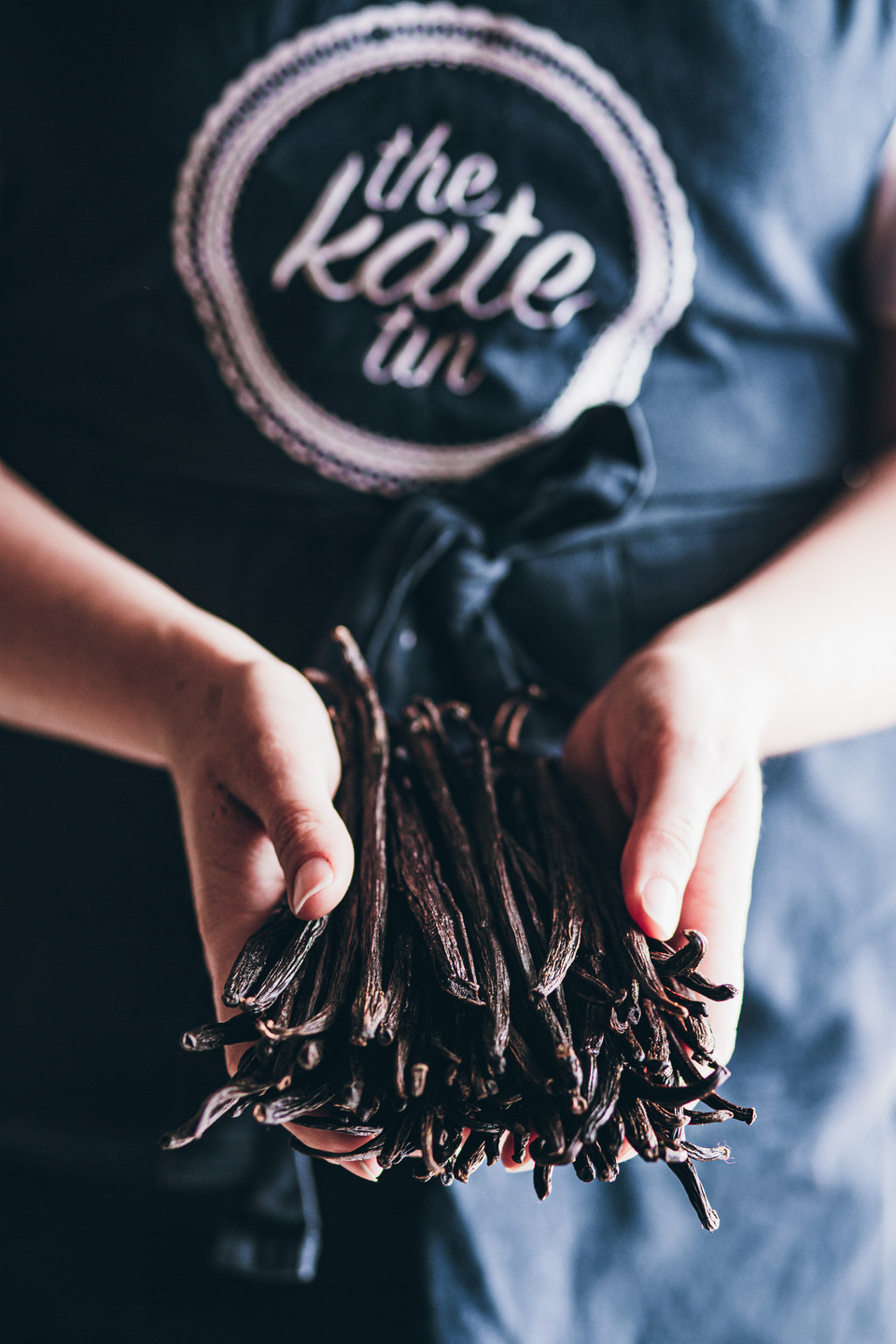 On a trip to Mauritius back in 2015, I saw a vanilla orchid for the first time. When you consider how often we eat and use vanilla in our everyday lives, it’s kind of bizarre that I’d lived 27 years before touching the real deal (and most people will never see one!). It’s a full-circle moment that I now import vanilla beans for my own online shop (which you can buy here) to make them more accessible to vanilla lovers. ⁠ ⁠ What’s also bizarre is the plant that grows vanilla beans and just how many steps it has to go through to become the vanilla we love. So I wanted to share all the amazing things I’ve learned during my vanilla journey. ⁠ 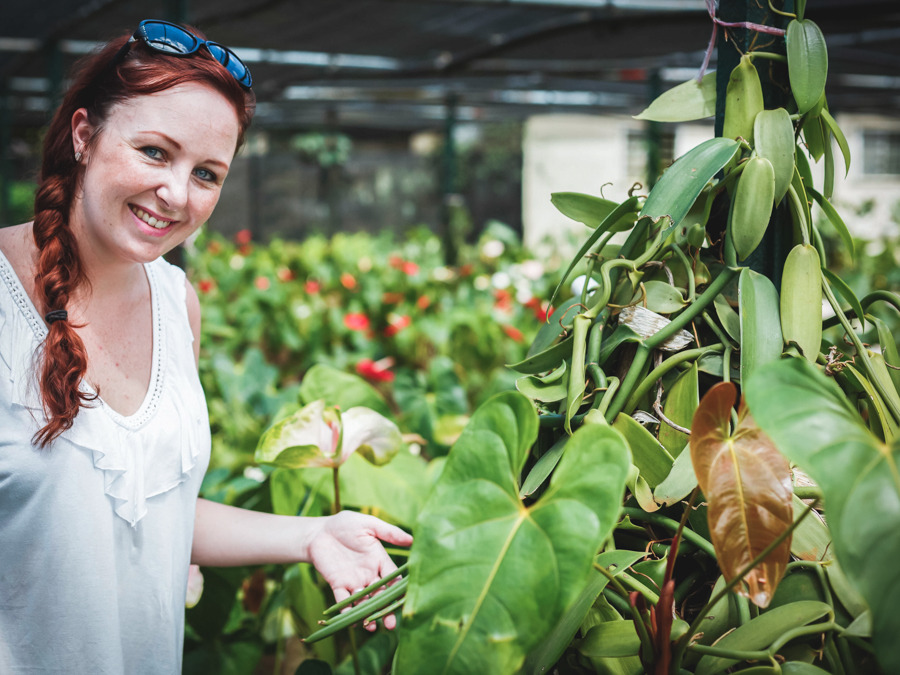 Vanilla is a fruit.

Fresh vanilla fruits, often called “beans,” are the only edible fruit of the orchid family which has over 20 000 varieties!⁠ ⁠ Vanilla beans must grow to just the right ripeness for the harvest to yield the sweet and flavourful vanilla we all know so well. When the tip of the vanilla bean starts to turn banana yellow, the time is right. If the vanilla bean stays on the vine too long, it will dry up and its flavour will be weak. If the vanilla bean is picked before its peak, all is lost.⁠ ⁠ The ripeness of the fruit is of utmost importance to the final flavour and aroma. ⁠ ⁠ 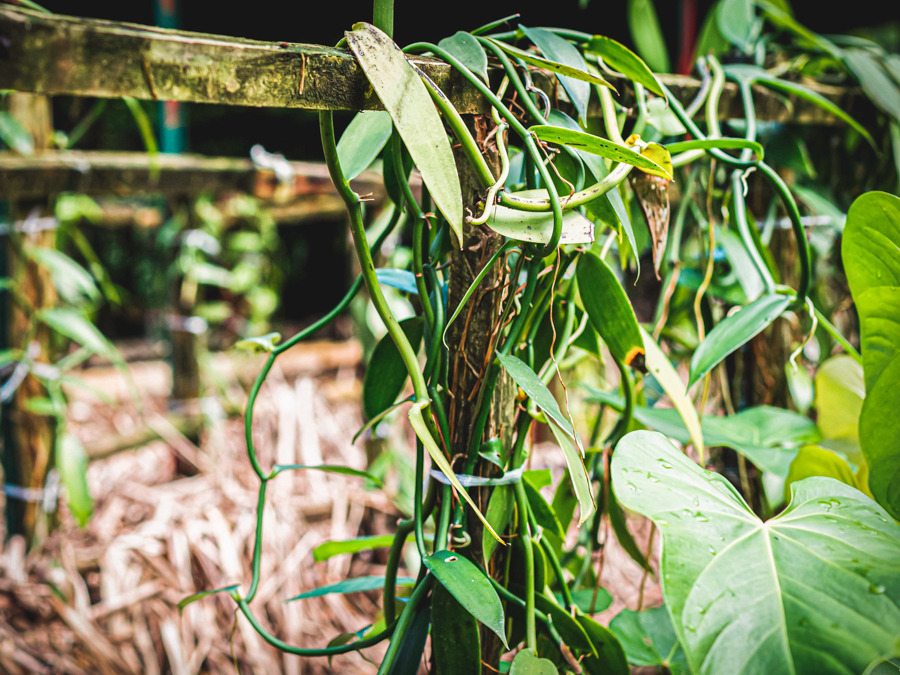 They need to undergo many many processes to release their aroma. Which makes me wonder? Who decided to take a long, inedible green vanilla bean with no flavour and think to themselves; “Maybe if I dip this in boiling water for juuust the right amount of time, then go through months of letting the beans sweat in boxes over night and then sunning them during the day. And then maybe if I dry them they’ll turn into something delicious?!”⁠ ⁠ Someone crazy, that’s who! But man oh man are we glad they did! ⁠ ⁠ 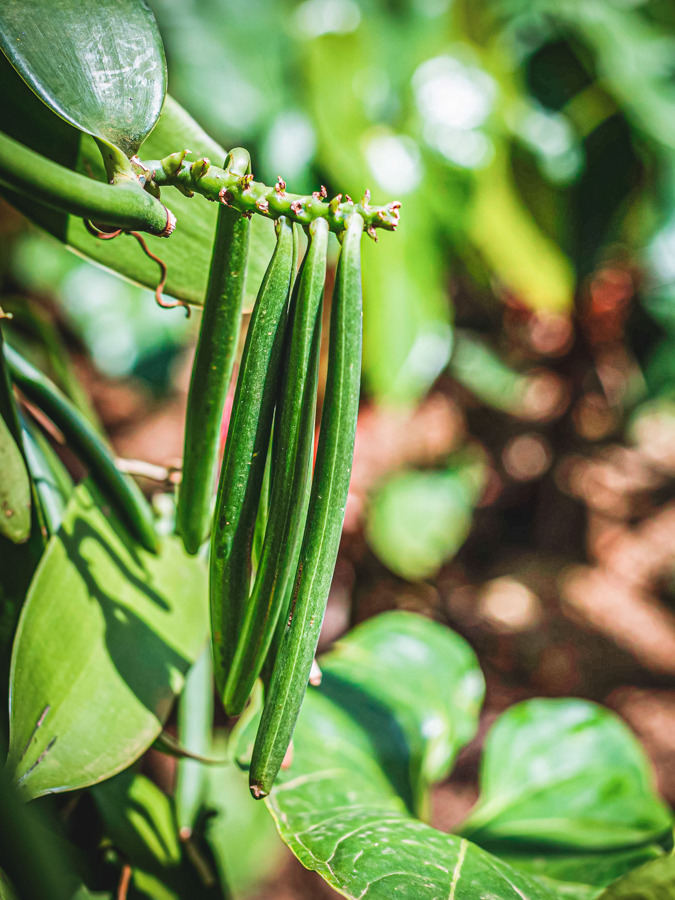 The flower that produces vanilla only lives for one day.

Each flower blooms only once a year and must be pollinated the one day that it blooms or else the stem bears no fruit. No pressure! ⁠During pollination and harvest seasons, the blossoms don’t all open at the same time so the farmer must go out into the plantation or jungle every single day to check for blossoms. The farmers also need to wait up to five years before the vines reach fruit-producing maturity. ⁠ These are just a few of the many reasons we pay top dollar for precious vanilla beans. ⁠ Most vanilla beans are hand-pollinated.

Before hand-pollination was invented, vanilla was only cultivated in Central America where a very special little bee pollinated the flowers naturally. ⁠
⁠
That was until 1841 when Edmond Albius, a 12-year-old slave discovered that the plant could be hand-pollinated by a wooden needle. It was a ground-breaking revelation and meant that vanilla could be grown all over the world – and made more accessible! ⁠
⁠
It’s still a lot of hard work as every single flower needs to be pollinated by hand – with great skill.⁠ 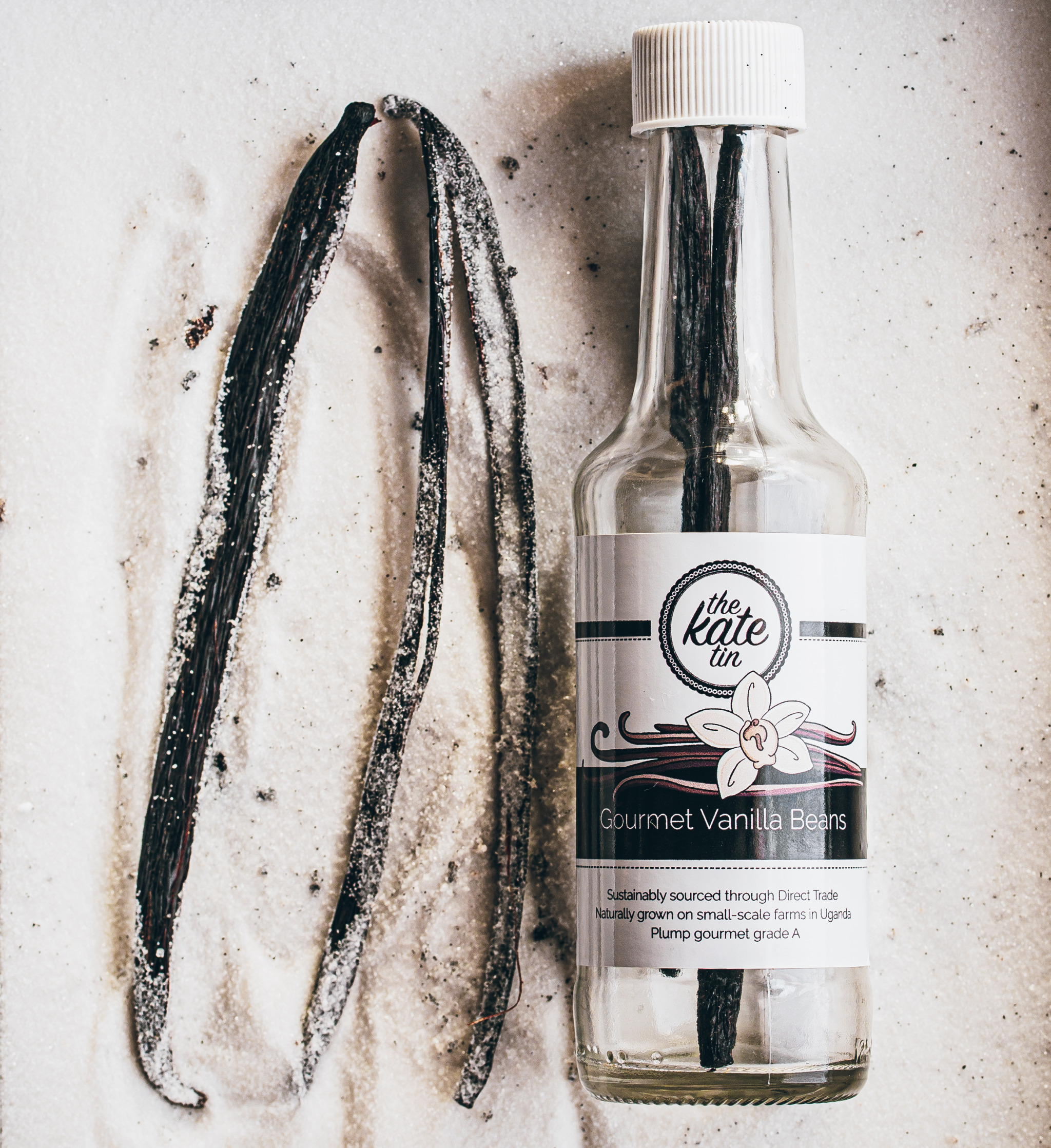 Some vanilla beans have tattoos.

Yes, you read that right!⁠ ⁠ Vanilla is so valuable it can attract vanilla thieves so some vanilla bean farmers will “tattoo” their beans with small markings (made with toothpick-sized instruments) to prevent theft and protect their precious beans!⁠

Vanilla is listed on the stock exchange.  ⁠ ⁠

Just like saffron (the world’s most expensive spice), growing and processing vanilla beans is incredibly hard work and very labour intensive which is why it is so pricey. ⁠ ⁠ Vanilla beans (like cocoa, coffee and crude oil) are commodities that have price fluctuations depending on everything from the market, quantity produced, quality, and even the weather! ⁠ ⁠ 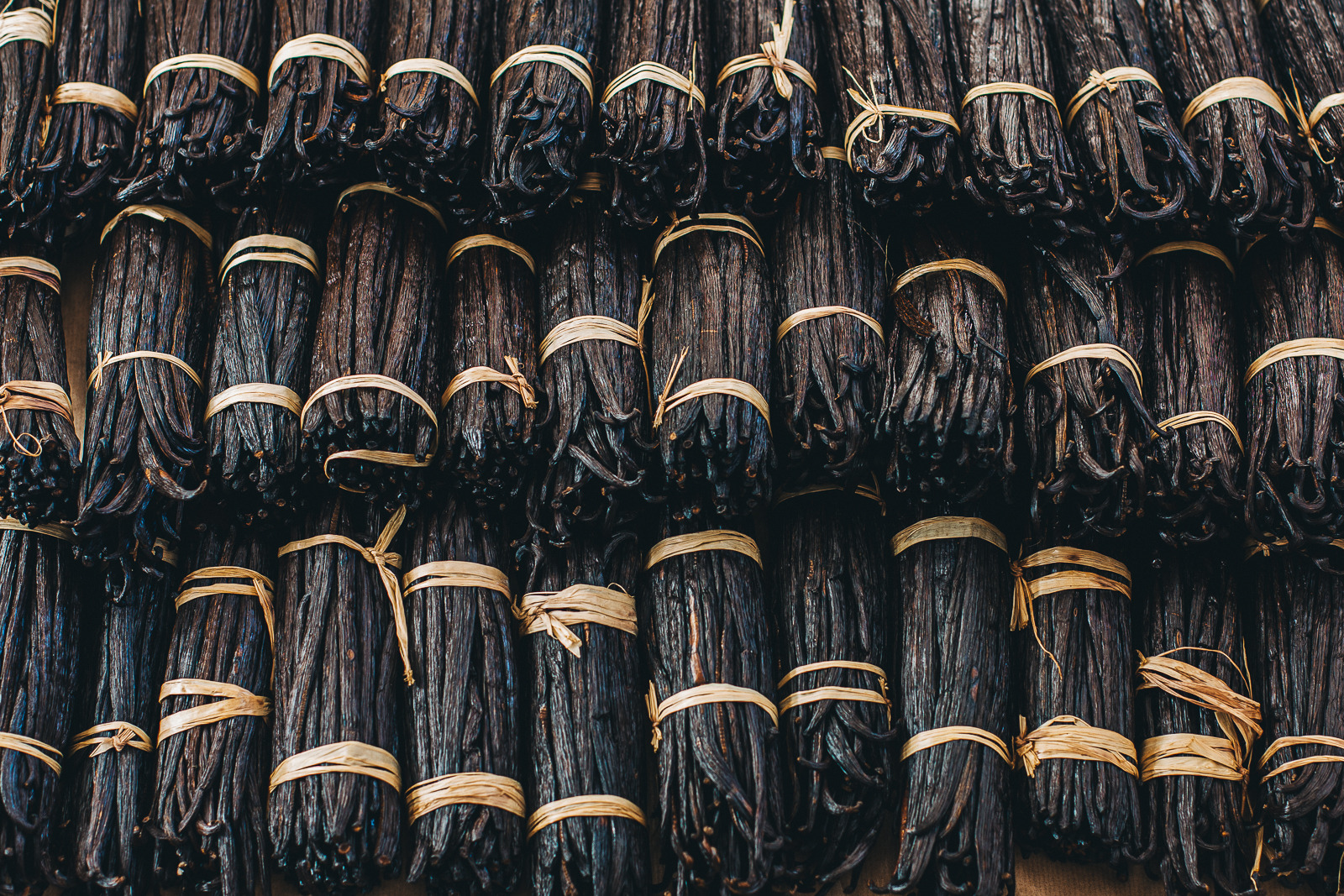 That’s 199 MORE flavour compounds than vanilla essence. 🤩⁠ ⁠ Most imitation vanilla extracts are a weak solution of naturally derived (from lignin or wood pulp) or artificially derived (synthesized in a lab) vanillin.⁠ ⁠ Vanillin is the most prominent flavor in the vanilla bean, but it is only one of more than two hundred. ⁠ ⁠ Even more “complex” imitation vanilla flavours will only boast five or six flavoring components and cannot possibly compete with the natural sophistication of pure vanilla beans. ⁠

No, it’s not a day at the beach!⁠ ⁠ This vanilla curing and it is is what freshly harvested green vanilla beans need to go through in order to give them the fragrant aroma we love!⁠ Curing is both an art and a science and requires dedication.⁠ ⁠ The characteristic aroma results from enzymatic action which starts by dipping the beans in hot water. ⁠As soon as the beans are pulled from the water, workers rush to wrap them tightly in wool blankets, storing them inside a dark, airtight container. Speed is essential to preserve heat and steam. These trigger the enzymes that convert cellulose and starches to vanillin and other complex components that give vanilla its beautifully subtle aroma.⁠ ⁠ Finally, the vanilla beans are ready to start being sorted for the curing shed. The vanilla beans are no longer kept under the sun, but are kept in the open air under the shade to slowly dry to the right moisture and develop oils and hundreds of flavoring components. The beans are kept in this shed until the moisture content is correct and then are placed in conditioning boxes which develop the vanilla flavors further.⁠ ⁠ Finally, the beans are spread out on trays to dry out before they get graded and packed. This entire process can take 4-5 months. ⁠ ⁠ Yet another reason vanilla is worth every cent!⁠

The flavour and aroma of vanilla beans changes depending on several factors in the cultivation of the vanilla orchid, including climate and soil. Vanilla beans from different regions have unique flavour profiles.⁠ So vanilla beans from Uganda (where my vanilla comes from) will be different from those from Madagascar which will differ from Mexico). Isn’t that just amazing?⁠
⁠ 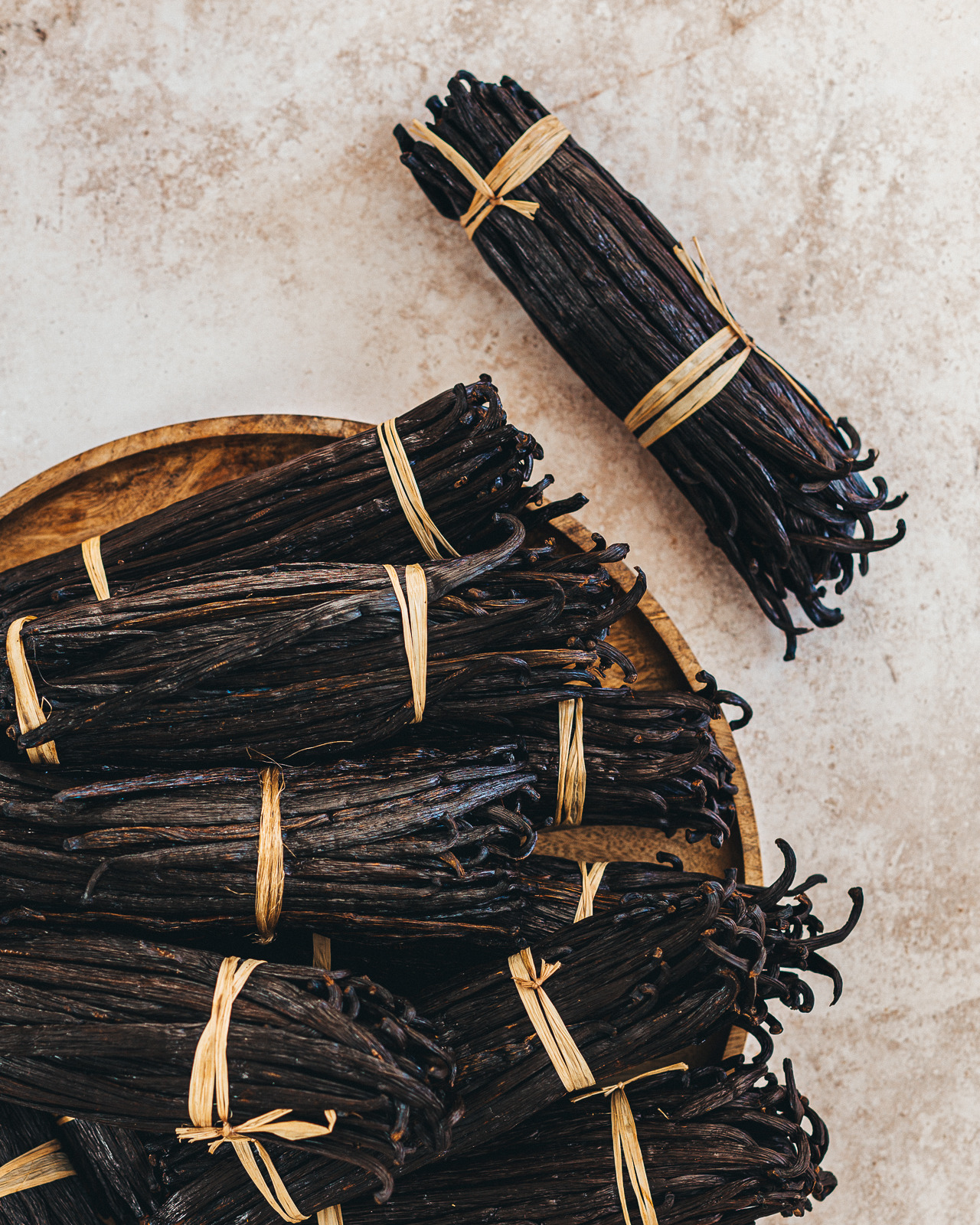 Is that even a question? Well, when it comes to using imitation or ‘fake’ vanilla flavouring (ie. essence) then you’d be surprised.⁠ What makes vanilla beans taste and smell like vanilla beans is a component called ‘vanillin’. ⁠In order to make cheaper, synthetic flavourings to replace real vanilla, artificial vanillin is produced from lignin (found in wood) which is a by-product of papermaking pulp⁠. ⁠So what’s with the beaver butt? Well, what if I told you that some of the fake vanilla you’ve been using comes from the anal glands of beavers. In the USA it can legally be referred to as a ‘natural flavouring’ in the products ingredients list. 🤯⁠
⁠
Ew. ⁠
⁠
Dunno about you but I don’t want beaver butt in my cake. 🤣⁠
⁠
Using pure vanilla beans will elevate the taste of your baking while providing you the peace of mind that your flavouring is natural and chemical-free. ⁠ How to split a vanilla bean properly.  ⁠
⁠

STEP 1⁠
Massage the bean gently to loosen the seeds. Place the vanilla bean on a clean chopping board (make sure there are no strong onion or garlic flavours!).⁠
⁠
STEP 2⁠
Use a small sharp knife to split the vanilla bean in half starting at the top and running the blade down the length of the bean.⁠
⁠
STEP 3⁠
Run the knife blade down the inside of the bean to scrape out the seeds. You can also use a small spoon for this. Go over it a few times until all of the seeds have been collected.⁠
⁠
STEP 4⁠
Add the vanilla seeds to your recipe (reserve the pod for another use – see my 4 uses below!). ⁠ A vanilla bean’s flavour isn’t just in the seeds!⁠
⁠

The entire bean is loaded with flavour and it’s your job as the pastry chef to extract as much flavour as possible from the precious pod. ⁠After the seeds have been scraped the pod still has lots of aroma and can be used in many ways!

Chocolate and vanilla are besties.

The first to use and love vanilla were the Aztecs.⁠
They mixed cocoa beans and vanilla beans together to create what they called “The Drink of the Gods” – cacahuatl. This became the beverage of choice of Aztec nobility and muuuuch later became the chocolate we all now love. ⁠
⁠
Like chocolate which begins as seeds, vanilla shares a complicated journey in transforming from an inedible fruit to an ingredient packed with flavour and aroma! ⁠
⁠
It is quite poetic then that chocolate and vanilla are now considered the perfect flavour partners – and my favourite ingredients! 🙌⁠ 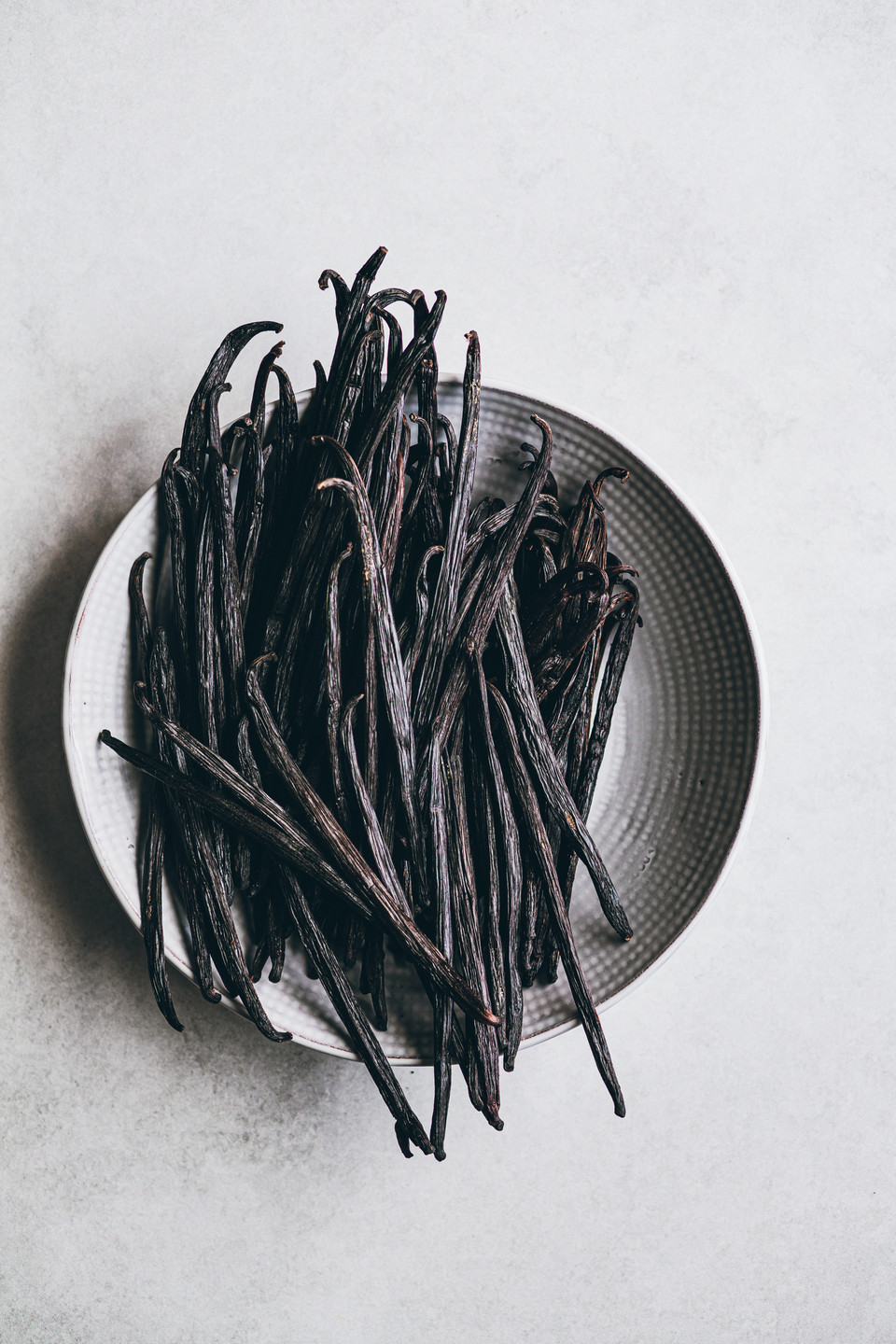 Only 2% of the world’s vanilla comes from Uganda. 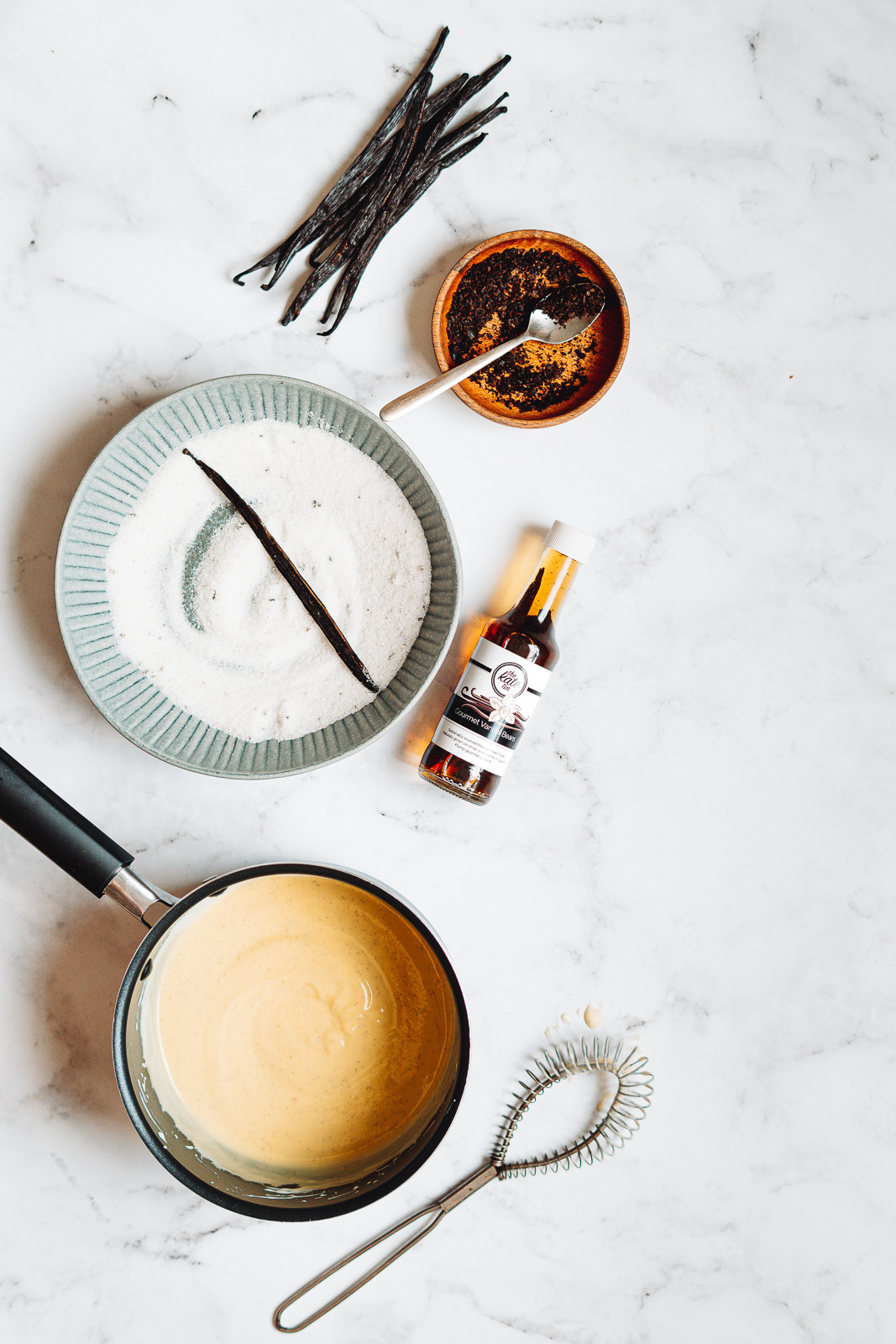