These brioche buns are absolute heaven straight out the oven! I first created a Christmassy version stuffed with mince pie filling for the December issue of Food & Home Magazine, but decided to make them breakfasty.  So I loaded them up with tangy-bitter marmalade and contrasted that with sweet white chocolate – but they would be equally amazing with different combos. Next time I make these I’ll definitely try a raspberry and white chocolate version. 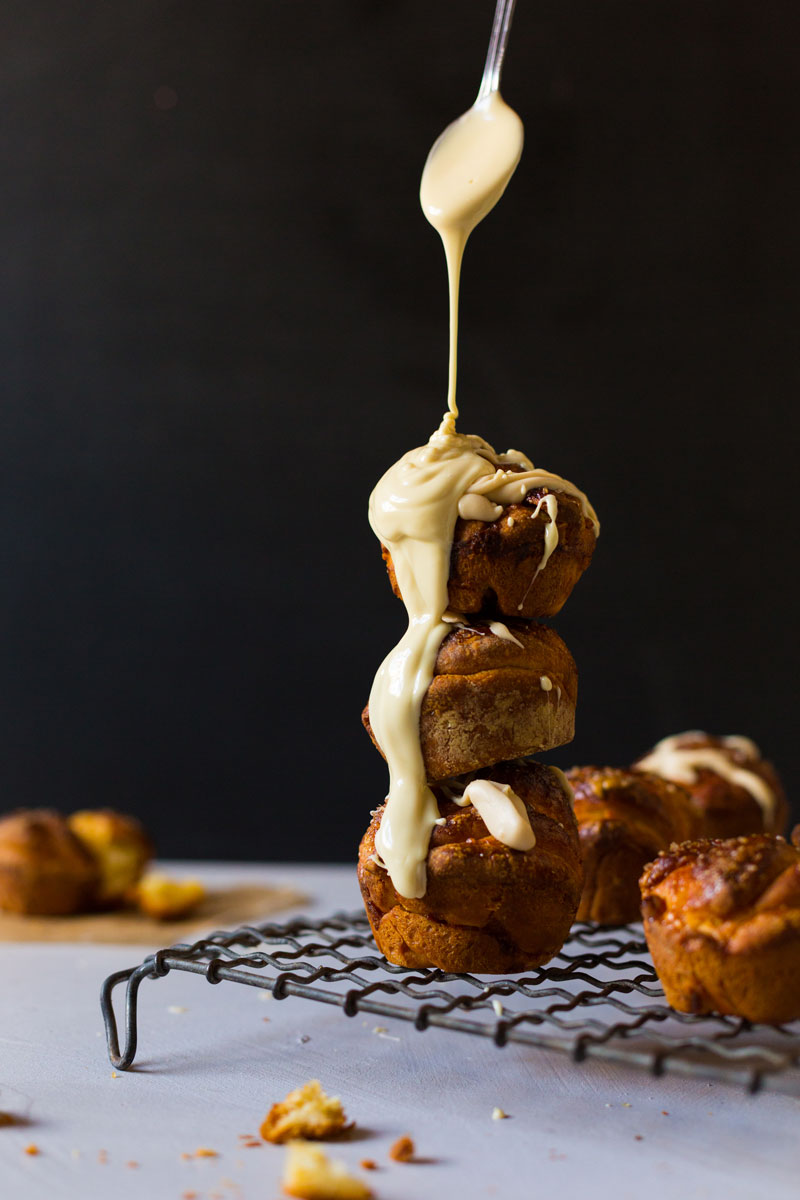 Once you’ve made the buns and popped them into muffin trays, the dough balls can be frozen, stored in the freezer and then bagged for when you feel like a really special breakfast. Simply remove them from the freezer the night before to defrost, allow them to proof overnight and bake them when you wake up! If, like me, you love dessert for breakfast, try out these Sticky Toffee Pudding Pancakes or these Waffles with Honeyscotch Sauce. 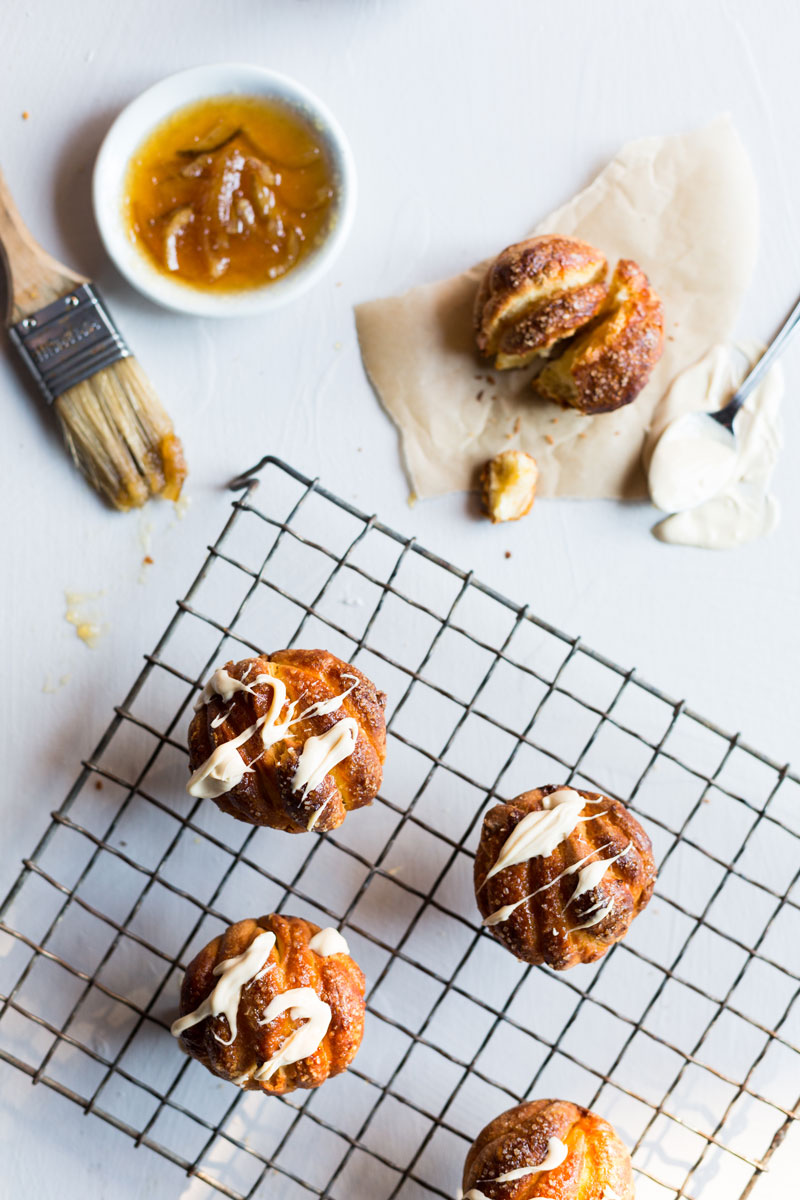 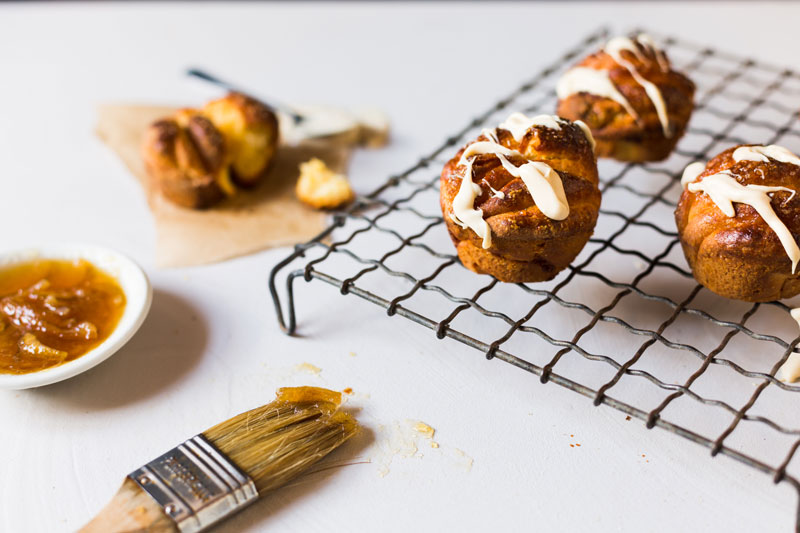 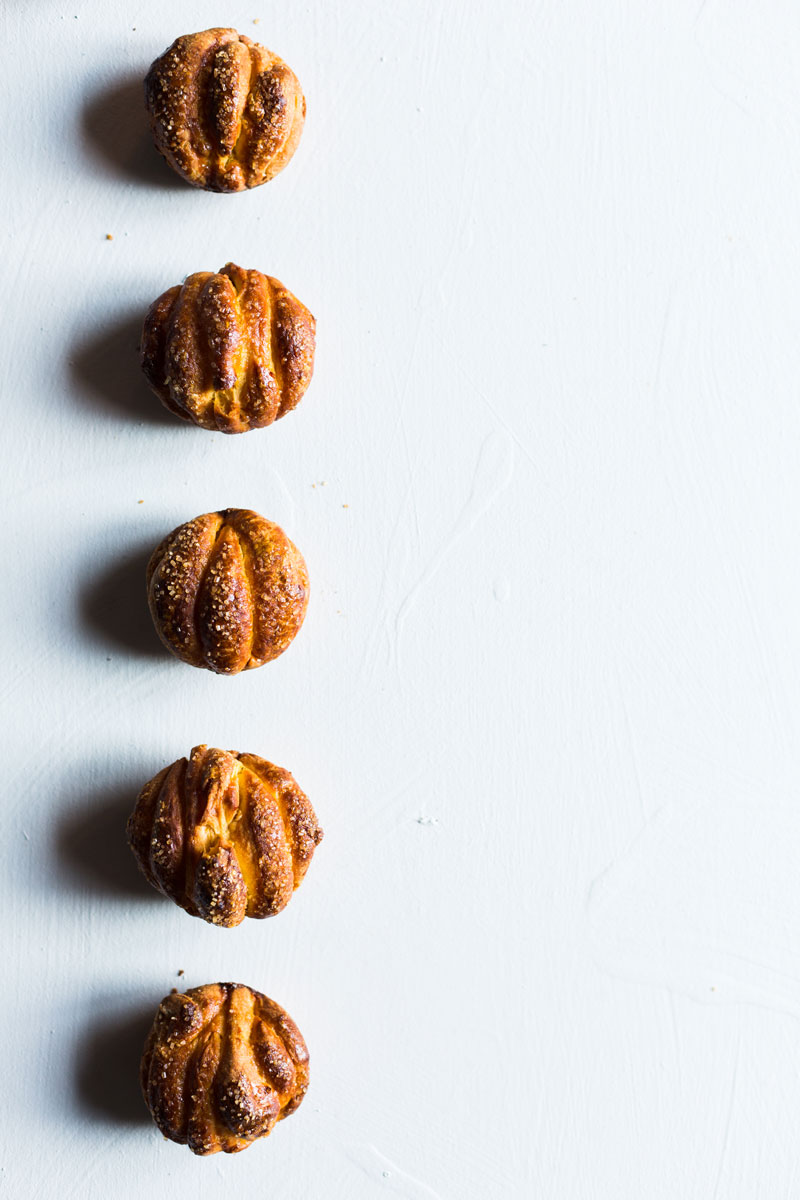